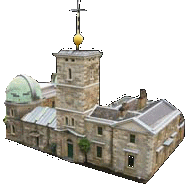 A non-mathematical introduction to Einstein's relativity theory. With the aid of 3D stereo graphics the theory is presented in a form that takes advantage of your ability to interpret and retain visually dynamic information. It makes the counterintuitive concepts of relativity seem a little more palatable. The general topics covered are listed here
The Axioms
The two principal axioms of special relativity are explained and given historical context.
Using the axioms it is shown how the theory proved that time must run slow in anything that is moving relative to you.
Special Relativity
Special relativity is continued with a look at length contraction and loss of simultaneity. Relativitistic beaming is explained with reference to real galactic beams. We apply relativity to explain the twin paradox and future space travel.
Energy, Momentum and Mass
We look at light, its relationship with energy and the Doppler Effect. Energy and Mass are explored and their intrinsic relationship through E=mc2.
Electric and Magnetic fields
If the class is willing we explore the relationship between electric and magnetic fields. The relationship is a wonderful demonstration of the strength of electric fields compared to gravity.
General Relativity
At least 2 evenings are dedicated to the principles and findings of general relativity.The slowing of time by gravity, the nature of black holes and gravitational waves. The curvature of space and the curving of light.The expansion of the universe and cosmic redshift.
paulpayne@relativity.net.au